GENESIS Film Festival Series Concludes With When In Rome 2007 (Streaming) 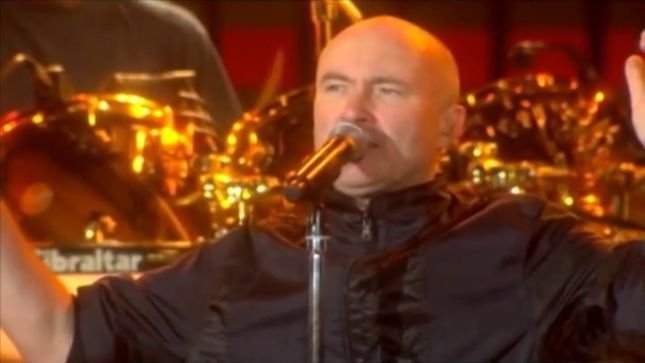 "Introducing the Genesis Film Festival, a celebration of live footage for you to enjoy during lockdown! Over the next 5 weeks, every Saturday from 8pm BST / 2pm EDT a new Genesis film will be made available to watch on the band’s YouTube channel for 7 days."

Genesis' When In Rome was filmed at Circus Maximus, Rome, Italy on July 14th, 2007. It was the last show of the Turn It On Again Tour. The concert was directed by David Mallet.

"Turn It On Again"
"No Son of Mine"
"Land of Confusion"
"In the Cage"
- "In The Cage"
- "Cinema Show"
- "Dukes Travels"
"Afterglow"
"Hold On My Heart"
"Home By The Sea"
"Follow You Follow Me"
"Firth of Fifth"
"I Know What I Like (In Your Wardrobe)"
"Mama"
"Ripples"
"Throwing It All Away"
"Domino"
"Conversation with 2 Stools"
"Los Endos"
"Tonight, Tonight, Tonight"
"Invisible Touch"
"I Can't Dance"
"Carpet Crawlers"