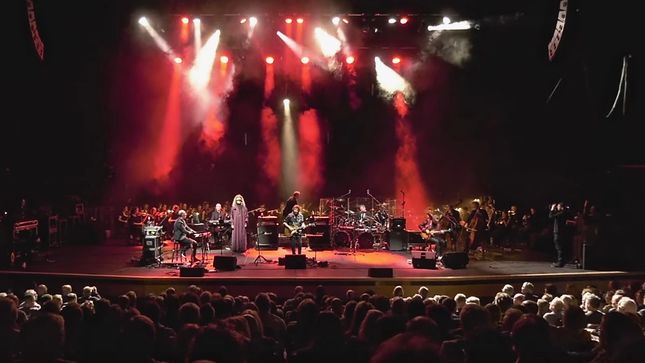 The album was recorded on October 5, 2018 at The Royal Festival Hall, London, during the  2018 Genesis Revisited Tour which fulfilled a long held ambition of Steve’s: to perform the music of Genesis with a live orchestra. The concert featured Steve’s regular touring band of Roger King (keyboards), Gary O’Toole (drums/percussion), Rob Townsend (saxes/flutes) with Nad Sylvan on vocals and Jonas Reingold (The Flower Kings) on bass, together with special guests John Hackett and Amanda Lehmann, and augmented by the 41-piece Heart Of England Orchestra conducted by Bradley Thachuk.

Steve commented: “It was a fantastic experience for both the band and myself to play alongside an orchestra and to feel the power of the sound this extraordinary combo created. It sounds equally compelling on both film and audio. I’m proud to release this exciting product.”

The 2CD & Blu-Ray set includes tracks from Steve’s time with Genesis and also from his extensive solo career. The Blu-Ray digipak also includes a behind the scenes documentary plus promotional videos for "Under The Eye Of The Sun", "Beasts In Our Time" and "Peace" from the At The Edge Of Light album. Watch a trailer below.

Set 1:
"Dance On A Volcano"
"Out Of The Body"
"The Steppes"
"Firth Of Fifth"
"Dancing With The Moonlit Knight"
"Blood On The Rooftops"
"Shadow Of The Hierophant"