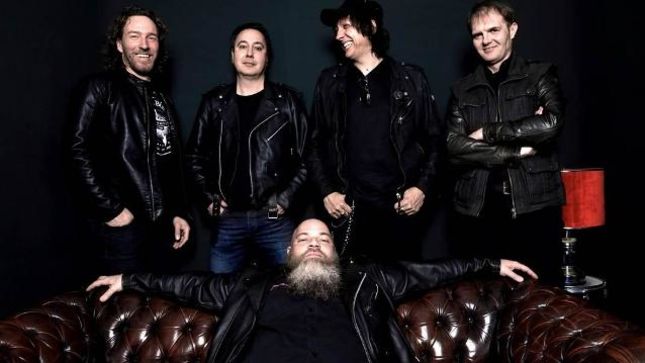 Dust & Bones from Backnang, Germany designate their own music style as High Energy Dirt Rock. They have signed a deal with German label El Puerto Records and will release their new album this summer, with a tour slated for August. The band has been around since 2000 and have three albums under their belt; album # 4 will be released on August, 23rd.

Bandleader Thorsten Klöpfer: "We, the dusty bones, look forward to working with El Puerto Records. For us as a band, this is an important next step in shaping our future together with an internationally oriented label with a team that shares and lives our attitude to music one hundred percent. Keep the spirit!"

Label founder Torsten Ihlenfeld: "Today is a good day for Rock'n'Roll, my friends. We are proud to announce that EPR has signed high energy dirt rock 'n' rollers Dust & Boney. Their 100% Rock 'n' Roll attitude fits perfect to EPR and Dust & Bones will be a great addition to our artist roster. We simply expect nothing but destroyed guitars, empty Jack Daniels bottles and pure ecstasy on stage!"