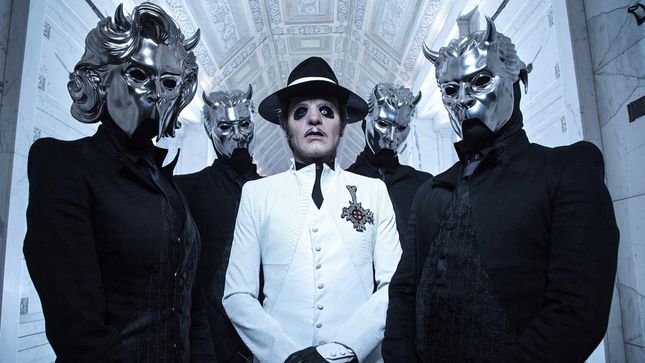 Today, with "Dance Macabre" taking over the #1 slot at U.S. Active Rock Radio, Swedish rock band Ghost is premiering on Spotify's "Rock This" playlist a special vertical video of the single, shot live and backstage at the band's recent sold-out performance at the Los Angeles Forum.  The video not only offers a look at the elaborate staging and effects put together for the three special arena shows the band did on its 2018 A Pale Tour Named Death fall tour, but fans will get a behind-the-scenes glimpse at Ghost's pre-show ritual. Check out the video on Spotify.

Ghost is currently on a headline European tour and will be Special Guest on all four legs of Metallica's WorldWired European Stadium tour that starts May 1st in Lisbon, Portugal.