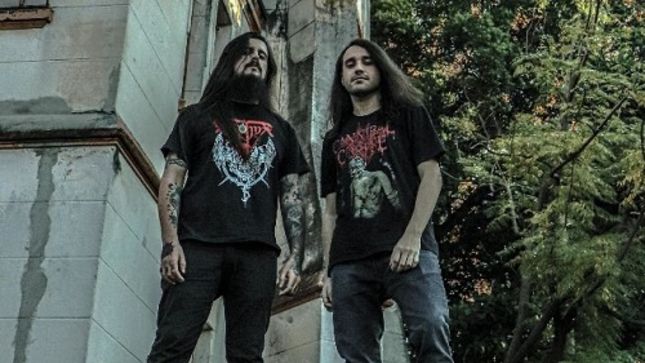 "The Collector" closes the promotion cycle of the first EP, Bloody And Fresh. The duo continues to finalize work to launch the first full-length, which will be released soon. Although labeled as deathgrind, the style of the band is pleasantly extreme, but also digestible, incorporating characteristics of deathcore to standardize the intensity.

In addition to precursors of style, the duo also draws attention for being DIY (Do It Yourself), producing, directing and recording all their material. From the beginning, the idea was to do everything and be in control to show a quality and professional project. Another detail that the band likes to emphasize is the importance of the partnership with Reverbera Music Media, for dissemination, communication and image care, which makes it possible to work more on the particular things of the band and focus on the entire production.

Vic Ferreira, owner of a powerful and unique voice, coming from guttural to inhale, studied extreme vocal technique and music production at MI (Musicians Institute) in Los Angeles. W. Johann is known for his work with KroW - one of the biggest bands in the Brazilian death metal scene, performing at Rock In Rio, and also part of the Brazilian death metal band, NervoChaos, and Victorizer with renowned vocalist Vitor Rodrigues (ex-Torture Squad).