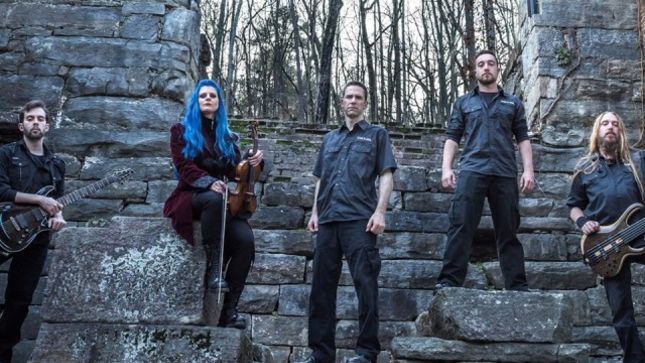 Gone In April, the symphonic melodic death metal ensemble including Testament bassist Steve DiGiorgio, haved issued a video for new track "Empire Of Loss". Their new album, Shards Of Light, is out now.

Earlier this year, Gone In April unveiled a music video for the song “The Curtain Will Rise", which was filmed and edited by Norwegian artist Thomas Mortveit. The track is taken from the band's second album, Threads of Existence, recorded at WaveTransform Studio, USA.

Commented by Gone in April: “This track is a very special one for the band and for the fans. In addition to carrying the theme of the second album, the fight to stay alive, it possesses a certain elegance that we wished to portray. We found the perfect blend of strength and elegance in the Historic Southern Railway Station, an old train station from 1903 located in Tennessee.”

Gone In April features musicians from Testament, Death, Quo Vadis, Märchenbilder and Vivaldi Metal Project and combines elements of symphonic, death, speed and folk metal in a compelling and aggressive blend sure to please a wide audience.