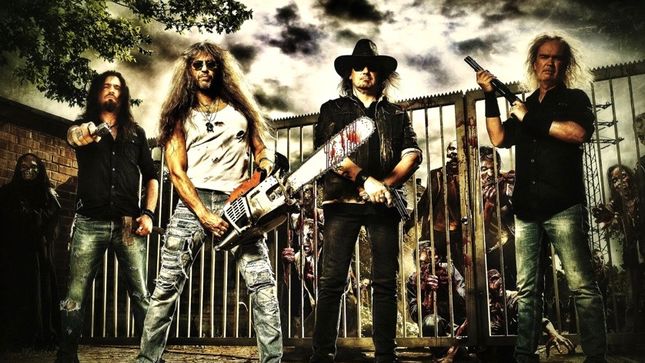 Grave Digger have released their new album, The Living Dead, via Napalm Records. Order the album here, and check out a lyric video for the new single "The Power Of Metal" below.

Chris Boltendahl on the new single: "It's a song about metal, about a life in the underground, about a life which is different. To be a metalhead is the greatest gift on earth - from the day you heard the first notes of a Judas Priest or Iron Maiden song, you're addicted to this kind of music! The love and passion for metal makes you to a special person and the power of metal can heal. It makes you stronger and gives you a better life."

Since their founding back in 1980, Grave Digger have been leaders in the German heavy metal scene. They created their very own version of Teutonic heavy music - albums like Heavy Metal Breakdown, Witch Hunter and Tunes Of War became classics in the scene.

Grave Digger will hit the road again in 2019 with a series of headline appearances on their Tour Of The Living Dead, opening in Hannover, Germany on January 11th and finishing in Barcelona, Spain on February 3rd. See the full list of dates below.

Tour Of The Living Dead 2018 (with Burning Witches)