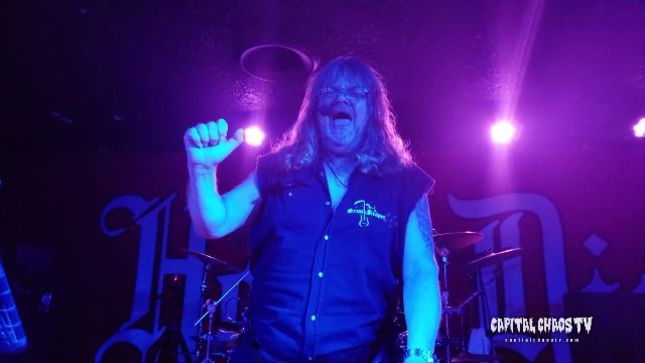 Grim Reaper performed in Sacramento, California on Sep 12th and Capital Chaos TV was in attendance to capture the action. Check out the complete show below.

The long awaited fifth opus from Grim Reaper hit the shelves on October 11th. At The Gates contains 11 tracks of pure British heavy metal. CD version of the album will be available via Dissonance Productions, while the vinyl will be released via Back On Black.