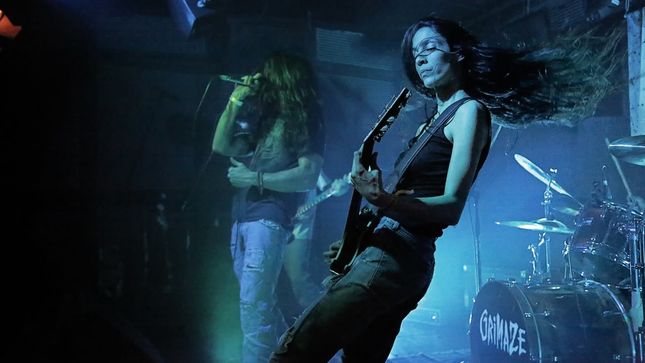 Bulgarian death/groove metallers Grimaze have released a spectacular new music video for the track “Bleeding Earth” off of their album Planet Grimaze, which came out late 2018.

The video follows an intense story closely related to the environmentalist lyrical themes of the song filled with breathtaking scenes and stunning visual effects.

Grimaze are currently on tour with Vader, Hate, Thy Disease and The Noctambulant on the Message To The North tour in Scandinavia. You can catch them on one of the following dates: