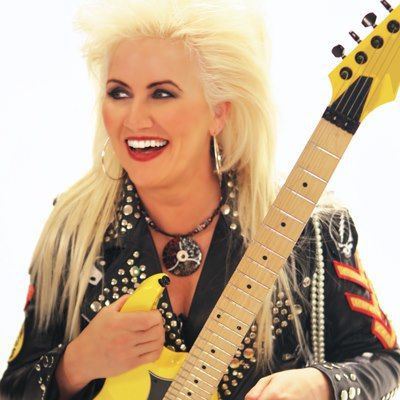 In episode 68 of The Double Stop, host Brian Sword is joined by guitarist Jennifer Batten (Michael Jackson, Jeff Beck); a few excerpts from their chat have been transcribed:

On working with Michael Jackson: "Jumping into that world, of touring on that level - I mean going from crappy Hollywood clubs to the biggest thing in the world - I just spent a lot of time being stunned. I think it was years later when I moved back that I thought wow, that was pretty amazing."

On the size of the show: "I remember I was in Japan and Dokken was playing at the time. George Lynch came to one of the shows and he was saying afterwards, 'It must be really amazing to be part of a show like this!". And I thought, you're in a big rock band. But really it doesn't compare. At all. For instance, Michael was at a point then that he didn't have to play every day. He only played two or three days a week, they spent a million dollars just on costumes. There was a hundred people in the entourage that would travel from city to city."

On Michael Jackson vs Jeff Beck "For (Michael) Jackson it's the awareness of entertaining the audience. Far beyond the music. Which is why I think I ended up doing a solo multimedia tour, and learning how to edit films. And with Jeff (Beck) it's creativity, and always searching for new things. With Beck, he's always expanding, and you wouldn't believe the stuff he listens to. And he just absorbs it all."

Listen to the entire interview via the audio player below.