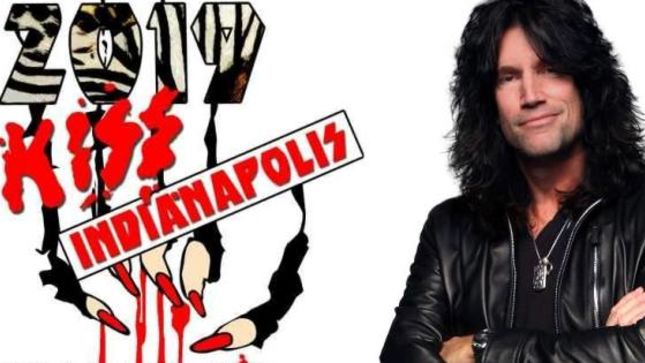 Straight from sold out stages across North America on KISS' End Of The Road World Tour, guitarist Tommy Thayer will appear at the KISS Indianapolis Expo 2019 on May 11th and 12th as the event's headliner

KISS have shared more pro-shot footage from their End Of The Road tour including their stop on April 11th at Amalie Arena, Tampa, Florida.

KISS’ Paul Stanley will guest on The Big Interview with Dan Rather on Tuesday, April 23rd, at 8 PM EST. In a new preview video, the Starchild talks about his road to stardom and how fame shaped his perspective on life.

“I pursued fame as a way to compensate for a lot of insecurities,” Stanley explains. “I had what’s called a microtia, which is basically not having an ear… I wasn’t very socially adept, and when you have something physical that sets you apart from people, it makes you the target of unrelenting scrutiny and sometimes ridicule.”

“I was fortunate to have success come to me and realize that it didn’t change anything… I decided that I would spend my life or my time on self-exploration and trying to make myself a better person… I was blessed to be a part of an idea to become the band we never saw, and that led me on a course that I’m still on today. Where it’s taking me, God only knows.”

Find the End Of The Road tour itinerary here, and see more pro-shot footage from the tour below: