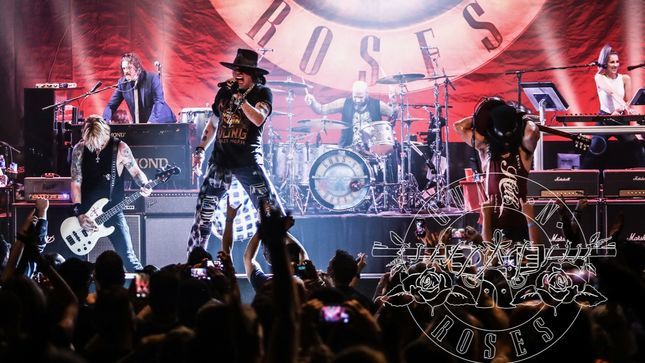 Citi, in partnership with Live Nation, announced last minute (September 16th) that Guns N' Roses would perform at the iconic Hollywood Palladium on Saturday, September 21st as part of the highly coveted Citi Sound Vault series. Returning to this venue for the first time in nearly a decade, fans got to experience the magic of their outrageously successful Not In This Lifetime Tour in an intimate setting.

Fan-filmed video is available below. The setlist on the night was as follows: