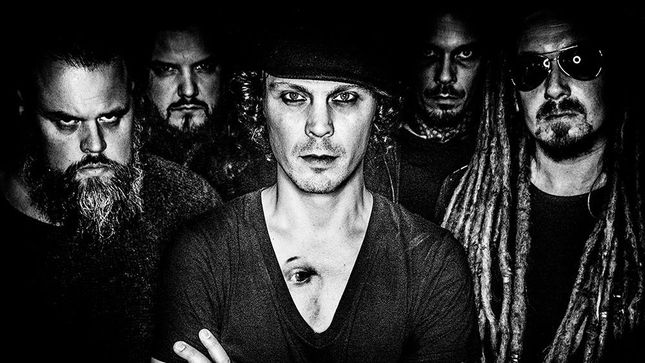 Finland’s H.I.M. have announced the North American leg of their farewell tour, closing the final chapter on their 26-year career. Tickets will go on sale to the general public on Friday, June 16th at 10 AM, local time. 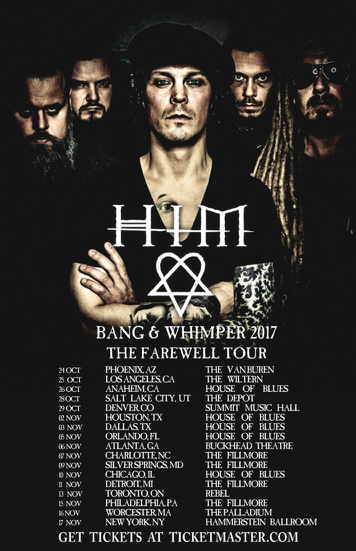 Helsinki Art Museum (HAM), Tuska Festival and Tiketti Galleria present a unique project at HAM corner by the most famous Finnish rock photographer, Ville Juurikkala. Juurikkala documents the legendary band H.I.M. as they prepare for their farewell tour in his project titled H.I.M.: Right Here In My Eyes. In addition to this project, Tuska Festival celebrates their 20th anniversary with another exhibition by Juurikkala in the Tiketti Galleria - a wider selection of Juurikkala’s photos portray the artists of this special year’s festival, including e.g. Amorphis, Apocalyptica, H.I.M. and Sonata Arctica.

Ville Juurikkala briefly explains the exhibition’s core idea: “The exhibition at HAM corner is a compilation of unforeseen photos – and this time I really mean photos not seen before. Even I haven’t seen them yet, as the events I will be documenting take place in the near future. I’m starting the photoshoot with the band this week and the last frames will be shot during Tuska.”

”I started photographing H.I.M. over a decade ago. I have since then worked with many international artists, including the likes of Slash of Guns N' Roses and Steven Tyler of Aerosmith, but even those with much bigger sales are in my opinion nowhere near as charismatic as H.I.M.. It is because of this unique charisma I feel the best of my old photos are those featuring Ville Valo and H.I.M.. This view is backed up by all the feedback I’ve received from the people who’ve seen my work at exhibitions and elsewhere. Even so, we decided with Ville that we won’t build up this exhibition on the old stuff. What really matters is the here and now,” Juurikkala sums up.

Juurikkala’s photos of various Finnish artists of this year’s Tuska are at display in Tiketti Galleria. Besides H.I.M., the bands include Lost Society, Brother Firetribe and Sonata Arctica.

“The exhibition at Tiketti Galleria also includes a lot of interesting work. There are some already famous shots (for example, the H.I.M. picture from Tuska 20th anniversary poster and another anniversary photo of Apocalyptica) but there will also be a lot of new work from the upcoming weeks. There are photos from Perttu Kivilaakso’s wedding a few months back where Apocalyptica show a brighter side of the normally sinister band. There’s also the brand new promo pictures of Amorphis’ very new lineup. All in all this is the most recent and unique compilation of work I’ve put together for an exhibition,” Juurikkala adds.

More details at this location.