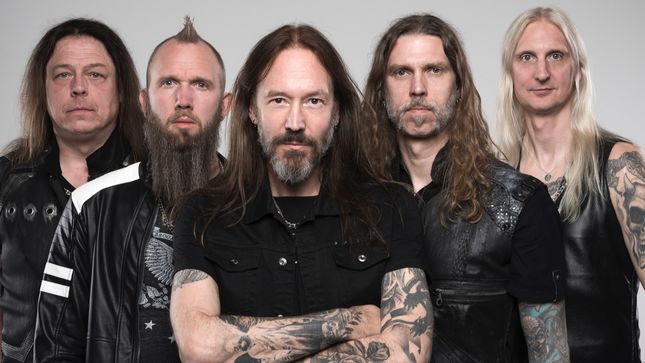 Hammerfall have released this new track-by-track video, discussing the title track of their upcoming Dominion album:

Dominion, out on August 16 via Napalm Records, is the band's eleventh studio album, and second with Napalm. The label has launched a physical pre-order for Dominion including CD, vinyl, and a limited edition Deluxe Box Set consisting of a digipack, limited 7” light blue vinyl, limited cassette, cover art print, photo cards, patch and sticker. To view a variety of the Dominion merchandise, head here.

The artwork was created by renowned visual artist Samwise Didier.