HAMMERFALL Guitarist OSCAR DRONJAK - "I Would Not Sound Or Play The Way I Do Without WOLF HOFFMANN From ACCEPT; He's My Guitar Hero" (Video) 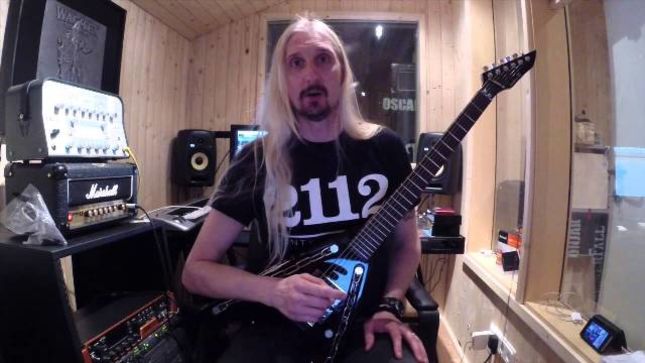 HammerFall guitarist Oscar Dronjak guested on Duke TV. In the clip below he discusses the band's mascot, Evil Hector, writing on the road and life on tour, Accept guitarist Wolf Hoffmann’s influence, and great bands from the '80s.

Dominion, released on August 16th via Napalm Records, is the band's eleventh studio album, and second with Napalm. The artwork was created by renowned visual artist Samwise Didier.