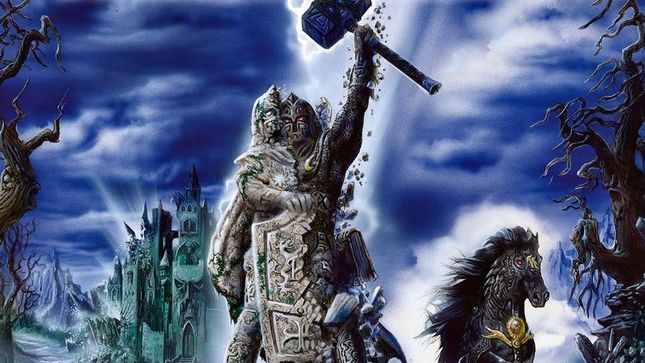 Swedish bashers, HammerFall, have released the latest episode of HammerFall TV. This weeks episode takes a deep dive into the band's ninth studio album, (r)Evolution, released in 2014. Watch below:

HammerFall recently announced they have cancelled their scheduled North American tour. A message from the band follows:

"Some of you have already started to get your refunds, so now it's official: the North American tour that was to take place in September/October is cancelled. That sucks, but with the current global pandemic wreaking havoc on the world we (meaning the local promoters, booking agent and the band) had no choice.

"We are hopeful to be able to rebook the tour for a future time, but since everything is so unstable at the moment the decision was made to scrap it altogether and return to it when things have calmed down. We are as sorry for this as you are, but hope you have understanding for our predicament brought on by the Corona virus.

"Stay safe, stay healthy, stay metal, and take care of each other!" 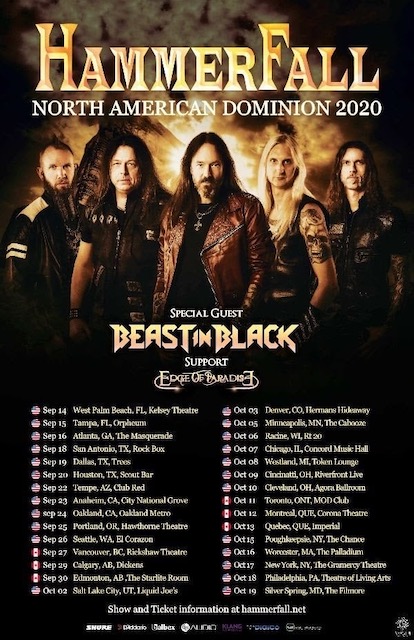