HEART's ANN WILSON Tells Story Of How "Alone" Became An 80s #1 Hit - "In The 80s It Was Kind Of Like A Weird Crystallization Into Phoniness"; Video 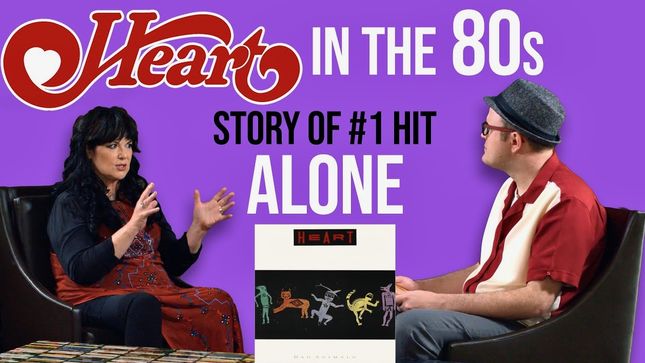 "The band Heart had some low point in the early 80s, after major success in the 70s. Ann Wilson the singer of this Rock And Roll Hall Of Fame band tells the story of making some sacrifices in the 80s that lead to commercial success and the multi-platinum album from 1987, Bad Animals. Ann also tells the story behind their number one hit from that record, 'Alone'."