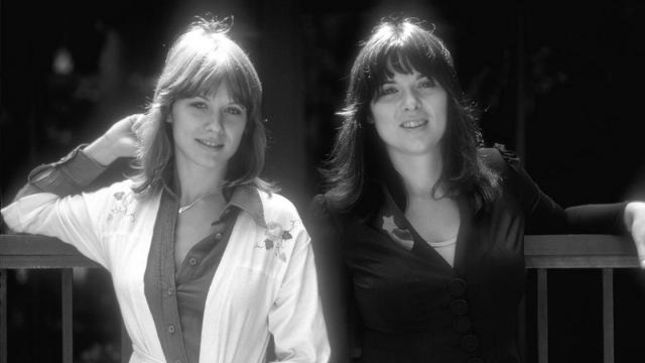 Ann Wilson, the supreme goddess of the rock arena, tells the stories surrounding the classic rock standard, "Crazy On You", along with former Heart members bassist Steve Fossan, who was also a co-founding member, and drummer Michale Derosier. Here is the story of a sanctified rock composition with other insights from the 1975 album, Dreamboat Annie.

Says Host Redbeard: "We have done over five hundred rockumentaries in three decades here In The Studio with the first-person stories of the greatest albums in rock history, and two of my all-time faves remain the cinderella story beginnings of Heart in 1976 with Dreamboat Annie and the “comeback” album almost a decade later, Heart. This hit machine in 1985 reinvented Heart for the MTV Eighties with “If Looks Could Kill”, ”What About Love”, ”Never”, ”These Dreams”, and “Nothing At All”. Wow. Nancy Wilson and singing sistuh Ann Wilson join me here In the Studio on the thirty-fifth anniversary of Heart .

"Heart, the Rock & Roll Hall Of Famers now in their fifth decade of making music together, this remarkable extended momentum for Heart ‘s career cardio health is possible in part because of the huge popularity of their biggest seller, Heart , which was released in summer 1985. Ann Wilson and Nancy Wilson allow me to take their collective pulse on this effort in this revealing classic rock interview.

"This collection yielded hit after hit including “What About Love?”, ”Never”, “Nothing At All”, “If Looks Could Kill”, and Heart’s first #1 (sung by guitarist Nancy Wilson) “These Dreams”. (Spoiler alert: you’ll need a whole box of tissues when you hear Nancy’s and Ann’s story about that song’s dedication). Also in this in-depth conversation The Sistuhs opine thoughtfully about the vital importance of America’s women in the next US elections; how the flood of women in pop music does not necessarily signal more career control for those same females; and Nancy and Ann Wilson’s gratitude toward their incredibly loyal fans and music industry supporters. This edition of In The Studio is dedicated to the memory of Carol Peters, the wonderful personal manager of Heart for many years who dedicated herself to doing business with grace and humor. She is missed."