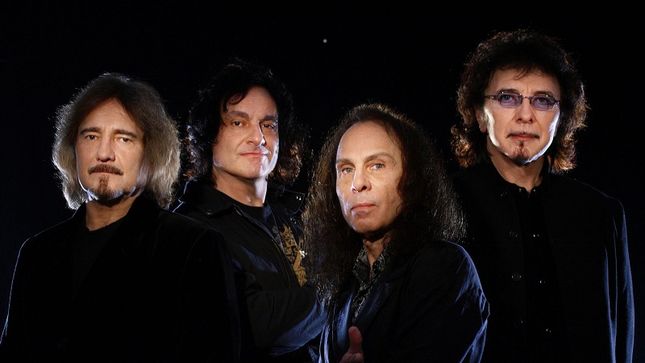 Says Black Sabbath Online: "This is video shot by Damian for black-sabbath.com of Heaven & Hell signing autographs for fans after the show they had just played. This turned out to be the final such session that Ronnie James Dio had done, as it was his final ever concert before his death next year. :( The quality isn't the greatest due to dim lighting in the room - that's why the video wasn't used 10 years ago, but for the anniversary, we thought we would release it finally."

August 10, 2009 was the last time that Ronnie James Dio took the stage for a concert. Joe Siegler sent a couple of guys to film video of the last show on that tour, with many clips already appearing online. What hasn’t really been told is the story of how that video came about, until now. Read the full story here.