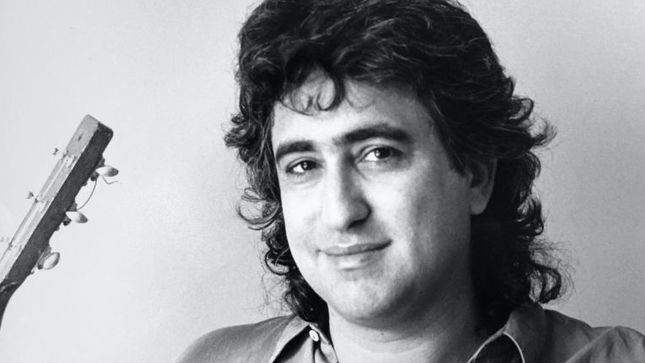 Eddie Schwartz is a Canadian musician, songwriter and record producer with worldwide critical and commercial success. Eddie is best known for writing such classic hit songs as “Hit Me With Your Best Shot” recorded by Pat Benatar, “Don’t Shed A Tear” by Paul Carrack, “The Doctor” by the Doobie Brothers, “When There’s Time for Love” by Lawrence Gowan and “Special Girl” recorded by America, as well as some 200 songs recorded and performed by artists such as Joe Cocker, Carly Simon, Robert Palmer, Jeffrey Osborne, Donna Summer, Rita Coolidge, Martina McBride, Rascal Flatts, Meatloaf, Honeymoon Suite, Amy Sky, the Chipmunks and Mountain – among others. His songs have been featured in countless videogames, dozens of movies and television shows, and on Broadway and in movies such as “Rock of Ages,” and the latest installment of “Shrek”.

Music industry legend and CSHF founder Frank Davies will present Eddie Schwartz with his songwriter induction during CMW’s 2019 Canadian Music and Broadcast Industry Awards Gala Dinner on Thursday, May 9 at Rebel Entertainment Complex in Toronto, ON.

“The Canadian Songwriters Hall of Fame is a testament to the astonishing cultural contribution that Canadian music creators have made at home and around the world. I am humbled, honoured and grateful to have my life’s work recognized and included in its legacy,” said Eddie Schwartz.

After the CMW event, music fans from across Canada and the world can see inductees celebrated through exhibitions at Studio Bell, home of the National Music Centre, in Calgary. As the physical home of the Songwriters Hall of Fame, the National Music Centre will continue to honour new inductees through on-site exhibitions, featuring stories, photos, artifacts, and memorabilia.

“We’re excited to celebrate one of our own, as a founder of the Canadian Songwriters Hall of Fame and one of the most successful songwriters to come out of Canada,” said Vanessa Thomas, Executive Director of CSHF. “Eddie pursues everything from his heart, whether it’s advocating for the rights of music creators or pouring his talent into songwriting. His passion and commitment to the music industry has inspired countless artists around him, as well as the next generation of music trailblazers.”

"We’ve always recognized the vital role the creative community plays in the music industry; songwriting has been a key component of Canadian Music Week for over thirty years. With the addition of the CSHF induction to the annual Canadian Music & Broadcast Industry Awards Gala, it takes our partnership with SOCAN to a new level. We are extremely pleased to highlight talented creators and it is an honour to celebrate Eddie Schwartz’s induction into the Canadian Songwriters Hall of Fame."

With roots in both the US and Canada, Eddie has won numerous music industry awards including multiple JUNO, BMI, and SOCAN Awards, and PROCAN’s prestigious Harold Moon Award.  Eddie is also a longstanding advocate on behalf of music creators and all rights holders. He has served as President of the Songwriters Association of Canada and the Canadian Songwriters Hall of Fame, Co-Chair of Music Creators North America, Chair of Fair Trade Music International, and was elected to six consecutive terms on the SOCAN board and Executive Committee before moving to Nashville in 1997, where he graduated from the renowned Leadership Music program in 2000.

In late 2012 Eddie was appointed a Member of the Order of Canada, and in 2017 he was elected the first North American-based President of the International Council of Music Creators (CIAM) headquartered in Paris, representing over 500,000 professional music creators on five continents.