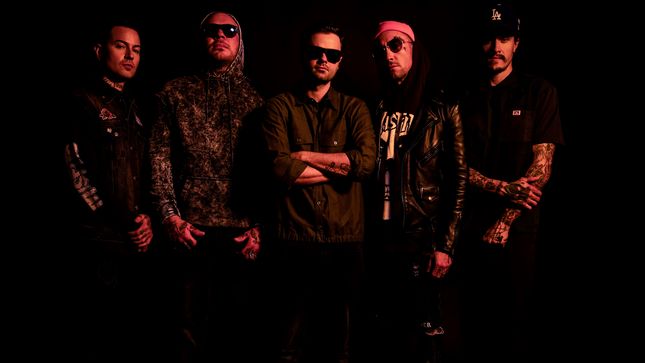 Hollywood Undead has issued a new video for “Nightmare”. The track is taken from their new album, New Empire, Vol. 1, which was released on February 14 via Dove & Grenade Media/BMG.

Hollywood Undead stated about the "Nightmare" clip, which was shot in quarantine: "Nightmares are defined as dreams that bring out strong feelings of fear, terror, distress or anxiety. They feel more vivid or intense than a bad dream, and nightmares are often differentiated from dreams when they cause the sleeper to actually wake up and experience intense feelings upon waking."

“This album is our attempt at reimagining Hollywood Undead, not just a new sound for this release, but a new sound for the band altogether. Our goal from the outset was to make music that stands alone from our other albums, yet seamlessly fits with what we’ve made before. Building upon the old to create a new sound and a New Empire,” explains Johnny 3 Tears (vocals, bass guitar).