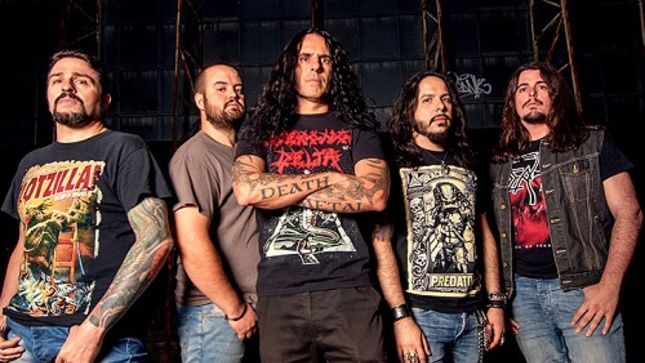 Spanish thrash metal band Holycide, led by Dave Rotten of Avulsed, has revealed details of their second album, titled Fist To Face, whose cover art has been created by Akirant Illustration (Iron Maiden).

This new album will be released on February 14th, 2020 through Xtreem Music on CD, 12" LP and cassette formats; and also through MDD for the German territory (G/A/S) and Spitirual Beast in Japan (February 12th).

After the success of their 2017 debut, Annihilate... Then Ask!, Holycide returns with an intense and aggressive album. Recorded again at Cadillac Blood Studios with Andy C. at the controls, the production is impeccable, combining the rawness of the sound of the '80s with the force of sound prevailing today.

Holycide are planning to launch a new pre-order campaign through crowdfunding on Friday, December 13th; the same day they will release the first advance single of "Fist To Face", which you can hear before anyone else by following the band on their Spotify profile.

Fist To Face artwork and tracklisting: