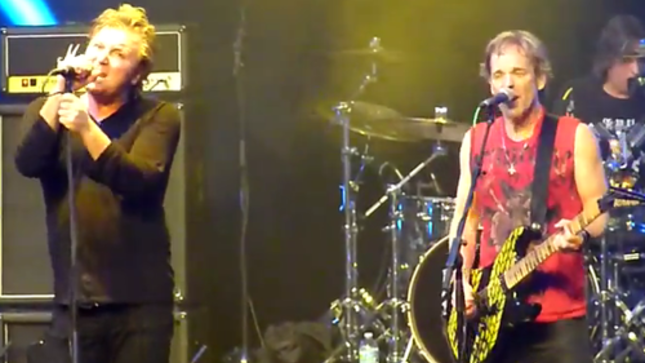 Canadian rockers Honeymoon Suite have updated their 2015 tour schedule with shows across the country between June and September. Check out the dates below:

Fan-filmed video from Honeymoon Suite's April 20th show on the Monsters Of Rock Cruise can be viewed below:

Back in December 2014, guitarist Derry Grehan guested on episode (#39) of The Double Stop With Brian Sword. From the huge success of their first album, to working with Bruce Fairbairn and Bob Rock on the follow-up Big Prize, and Ted Templeton on Racing After Midnight. He also discusses the effects of grunge, and how they were able to rebuild in the 2000's. He also shares that Honeymoon Suite are working on new music, and when we can expect it.