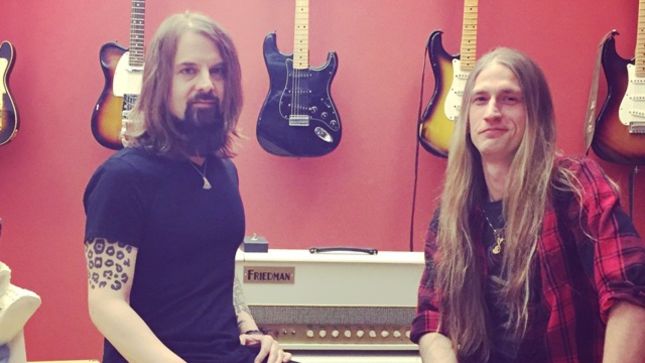 Pittsburgh melodic metal band Icarus Witch has been lying in wait, but they’re returning to stage and studio in 2017.

Following the release of their Roses On White Lace EP in 2005, Icarus Witch went on a 10-year sprint of recording and performing worldwide. In 2016, after five albums and multiple tours, the band decided to pump the breaks briefly to regroup. Founding member and bassist Jason Myers moved to Salem, Massachusetts on a year-long spiritual retreat and the band put shows and recording on hold. Meanwhile, guitarist Quinn Lukas continued writing back in Pittsburgh and the two exchanged files digitally until this year when they reunited to unleash the Witch once again.

In the clip below, Myers and Lukas reveal the title of their upcoming sixth album. They also discuss finding that elusive muse while practicing the timeless alchemy of transforming life’s tragedy and sorrow into inspired musical compositions.