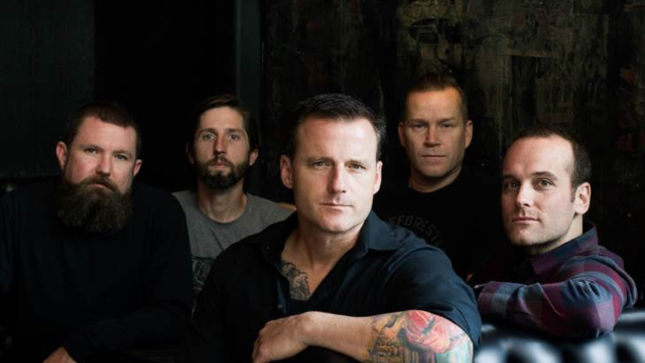 Southern California’s Ignite are releasing their brand new album, A War Against You, on January 8th, and now fans can get their hands on two new tracks.

Side A:
“Nothing Can Stop Me” (Stream it now at Spotify and below)

Side B:
“Bleeding”
“Sunday Bloody Sunday”
(both taken from the Our Darkest Days Live DVD)

As mentioned above, these 7” singles are extremely limited and once they’re gone, they’re gone. White and transparent orange is already sold out, but you can still buy black vinyl here.

There is also a band exclusive that’s only available at shows in transparent green.

“Nothing Can Stop Me” is taken from Ignite’s new album A War Against You, that was produced by Cameron Webb (Motörhead and many more).

Various pre-orders are already available. If you preorder the digital copy of the album at iTunes, or Amazon you get an instant download of “Nothing Can Stop Me” and “This Is A War”:

A War Against You tracklisting:

A War Against You will see a synced, worldwide release on January 8th, 2016.

Ignite just returned from a successful tour throughout South America and have the following shows already confirmed around the release of A War Against You.

The album will be released shortly before Ignite head out on the 2016 edition of the EMP Persistence Tour, in which the band will be performing as headliner. This amazing package also features label mates Terror, whom will be out supporting their own brand new album, The 25th Hour, as well as NYHC legends H20 and special guests, Iron Reagan, Twitching Tongues, Wisdom In Chains and Risk It.