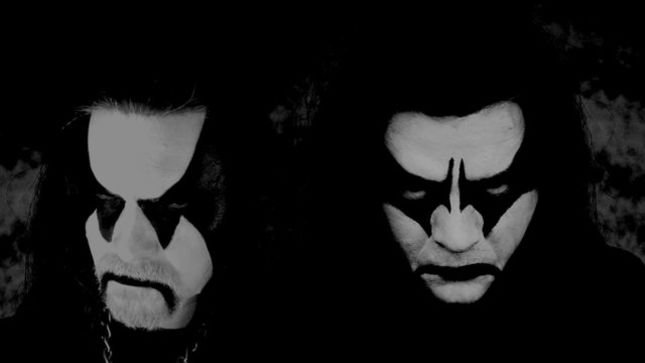 Norway’s unstoppable black metal force Immortal has been busy working on the band's new material. The band's members Demonaz and Horgh have also gone through a legal process the last year, having to protect their band’s name and logo from their previous singer.

In October 2014, ex-Immortal singer/guitarist Abbath (Olve Eikemo) filed a trademark application for registration of the brand Immortal to Patentstyret (Norwegian Industrial Property Office) without informing the other band members. The band's core members Horgh and Demonaz were forced to seek legal help to counter this. The trademark application from Eikemowas not approved and was denied registered on July 21th, 2015. Eikemo has left Immortal to start his new band.

"Immortal never stopped; we just had to go through a long legal process before we could
go out in the media with the news. Immortal is much more than just a band, and much more than just a form of music. The departure of one member cannot change that, no matter. We will continue what we believe in, and the power of ‘Blashyrkh’ shall live on."

Demonaz, the band’s founding member, has created material based on his visions of Blashyrkhfor nearly 25 years. Some new songs, which are set to be included on the next album, are “Northern Chaos Gods”, “Called To Ice”, and “Blacker Of Worlds”.

More information about the new music and lineup will be released later this year.