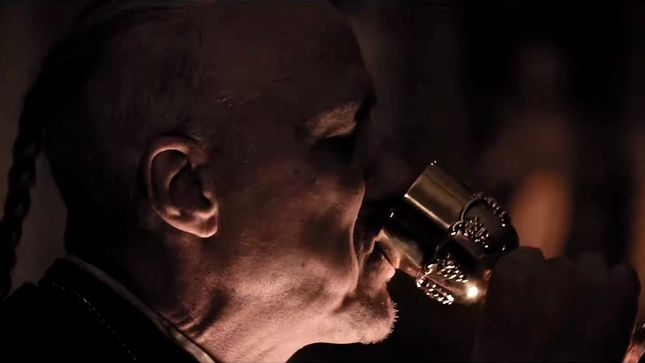 Germany's Imperium Dekadenz will release their sixth full-length album, When We Are Forgotten, on August 30 via Napalm Records. Watch a video for the song "Absenz Elysium" below.

"We are proud to unleash the video for our new song 'Absenz Elysium'," the band comments. "The video, produced by Oliver König, was mainly shot at the Hornisgrinde, Black Forest, Germany - our home region and the perfect surrounding for our art. When life is cut from existence, all attainments, burdens and perceptions are melt with the elysium. All the efforts in life to leave a footprint in space and time...vanished into oblivion - Absenz Elysium."

Where most of us might think that everything has been said and done in a genre, Imperium Dekadenz boldly seek new horizons: The highly atmospheric and emotionally dense soundscapes of the band shun a simplistic tag like “melodic black metal” and have done so for ages - as Horaz and Vespasian seize the moment with When We Are Forgotten and delve deep into a complex cosmos made of anger, loneliness, melancholy and pure destruction. Their upcoming record not only convinces with a dynamic, energetic and organic production and sounds by no means polished, but is the same rough and dark as their home, the Black Forest, itself. In contradiction to the album's title: This is unforgettable!

The album was recorded at Iguana Studios and the band's ID-Studios. The songs were mixed and mastered by Christoph Brandes.

The album will be available in digital, digipak, and LP formats, along with additional bundle options and a limited-edition boxset. Pre-order here.

The album artwork was designed in cooperation with Alejandro Tedin at Heresie Graphics.