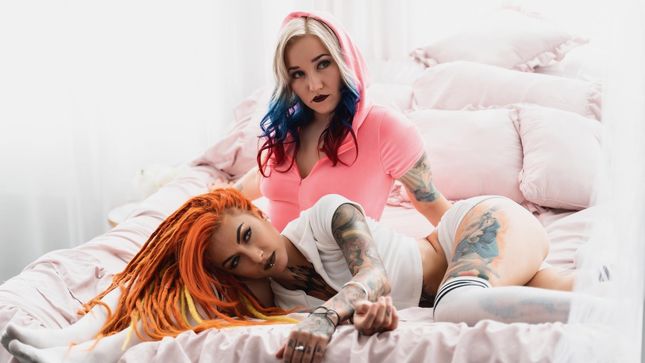 "Being with you has opened my eyes, could I ever believe such a perfect surprise?"

Two compelling voices of the modern metal scene unite in an emotional duet. Lena Scissorhands (Infected Rain) has just revealed an energetic cover version of t.A.T.u.’s hit single, “All The Things She Said”, featuring guest vocals from Nika Comet (Chase The Comet). Creating an intimate synthesis of affection and anger, their cover only intensifies the emotions expressed in the original, while still retaining the original catchiness and melodic character of the lyrical monologue.

The energetic, yet dreamy aesthetics of the accompanying retro style audiovisual extend the story told in the song itself. Torn between hope and despair, past and present, and conclusively, between the desire to fight for love itself or simply give it up, the corresponding sequences of the video establish emotional frames for the striking vocal abilities of both artists. Lena’s crystal clear, yet unmistakably strong voice merges with her growls, colliding with Nika’s charming, warm vocals, re-telling the deeply dramatic story of love, hate and the irreversible decisions one has to make to choose between them.

Buy the single here, and watch the official music video below. 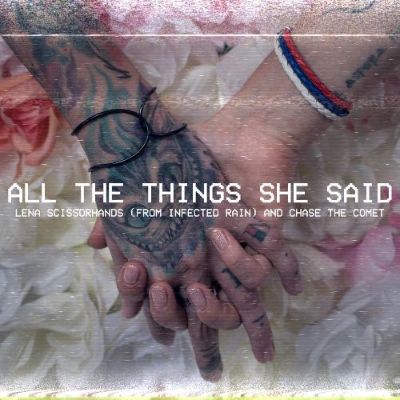 Lena on the single: “To the constantly stressed and thoughtful world, we decided to give some love. This song was very powerful when released by t.A.T.u. in 2002 and still is till this day. We had so much fun recording and filming for this cover song but, more so, we wanted to remind the world to remember to love. Love is the solution to so many problems. Make love, be loved and love with all your heart.”

Nika on the duet: “When Alex suggested to do a cover on the most world-renowned song by a Russian artist, I knew right away it should be a collab with no one else but my friend Lena from Infected Rain. We are both coming from the USSR and speak Russian, so it seems very symbolic. With its message nowadays, this song is as current as ever and we wanted to proclaim the right of every human being to love and be loved cause love is love.”