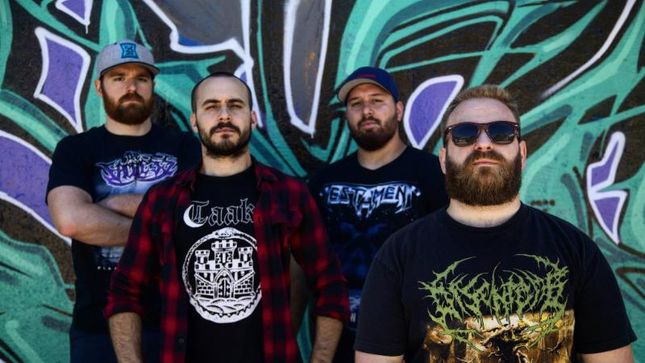 Descendants Of Sodom is set for release on November 9th through Lost Apparitions Records. Pre-order your copy now at this location.

Pummeling and lacerating, yes, but also superbly constructed for maximum memory retention, the music of Descendants Of Sodom is to stand the test of time (however much of it we have left on this planet). Built on on an unwavering foundation of dynamic death metal, while at times channeling the deathly thrash of Dark Angel or Slayer, as well as shrieking black metal flourishes, that Infirmity have gone all in on Descendants Of Sodom is a gross understatement. John Haddad's (Intronaut, Abysmal Torment, Phobia, etc) work recording, mixing, and mastering the album has paid big dividends in a sound that is crisp, cutting, and direct in the trauma that it will in fact inflict on those listeners who dare to take the beating. Wear protective clothing and brace yourself.