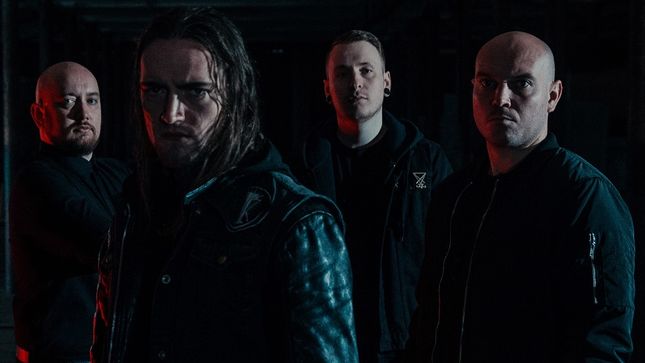 British death metal band, Ingested, have released a video for the song "Another Breath", feat. Crowbar frontman Kirk Windstein. The clip, directed by Shayne Minott, can be found below.

Ingested toured the UK with Crowbar in 2018 and both bands hit it off instantly, which led to this collaboration.

Guitarist Sam Yates explains: "In 2018 we opened a fantastic tour in the UK with Crowbar and they were all such down to earth great dudes. Super tight, crazy heavy and had the best stories! Kirk and his wife Robin were so genuine and cool and all of Crowbar would hang with us and shoot the shit most nights. I was on public transport in the piss down rain writing lyrics for Where Only Gods May Tread and I wanted the opening of what became 'Another Breath' to be this epic, heavy, sad song by someone who could actually sing. My first instinct, my first choice for this song was Kirk. It was that “I wonder if…” moment."

As the deadline for the album hand-in loomed, Sam finally reached out to Crowbar bassist Shane Wesley who set the whole thing up.

Sam continues: "Shane took time out of recording with Crowbar to engineer the guest spot himself, and Kirk brought the all-time goods. It was exactly what I had in my mind and he smashed it in record time like an absolute professional. It’s my favourite song from the record; Kirk is truly one of the most slept on metal greats and he was and always will be “The Man”."

On the video, Sam comments: "The director for this video was Shayne Minott at Budget Blood Productions. Seeing his style the idea was to do this all out 90s throwback, dark claymation video. Just like the ones that used to play on music TV when we were teenagers. The story was the ideas and themes of the song itself: defeat, self-loathing, the human condition, shame and control. I wrote the basic outline of the plot and we sent him a lot of content and he came up with what we wanted. Great to work with and considering his medium he absolutely worked his ass off and knocked it out the park."

Ingested's new album, Where Only Gods May Tread, is set for release on August 14 via Unique Leader Records. Where Only Gods May Tread was mixed and mastered by long time producer of Ingested and Cryptopsy guitarist Christian Donaldson (Despised Icon, Beneath The Massacre, The Agonist), engineering was handled by both Nico Beninato and Sam Yates at Foel Studios in Wales. The artwork was created by legendary artist Dan Seagrave (Morbid Angel, Suffocation, Hypocrisy, Entombed, Rivers Of Nihil, Gorguts, Decrepit Birth).

"No Half Measures" lyric video:

Catch Ingested on tour with support from Vulvodynia, Vale Of Pnath and Bound In Fear on the following dates:

*No Bound In Fear