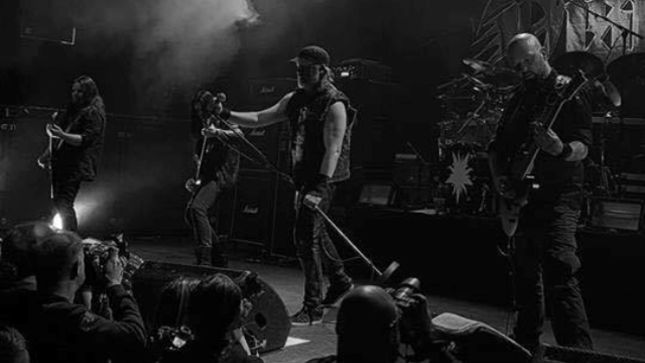 "Due to some obvious recent events, we're a bit behind schedule on the new Insidious Disease album, but here's a taste of matured, chunky flesh for you to sink your teeth into! What could go better with the current times than a cut like 'Enforcers Of The Plague'?! Furthermore, we're very proud to announce our new home with Nuclear Blast Records and while we await the album release date to be announced in the near future, make sure to check in on our anti-social platforms to stay up to date on more incoming news! We will resume with further brutality when this virus shit is dealt with! After Death artwork by Dan Seagrave."

Download / Listen to "Enforcers Of The Plague" at this location.

Insidious Disease gave way to their fury inside Bullhead City Circus at Germany's Wacken Open Air festival in the summer of 2016. You can now watch the band's full set below.