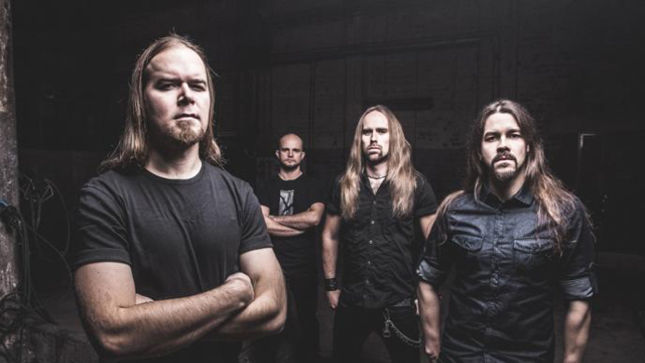 After two highly successful tours in Europe supporting the release of their latest album Shadows Of The Dying Sun, Finnish melodic death metallers Insomnium return to headline in eastern and southern Europe in October. The band are bringing fellow countrymen Wolfheart along as special guests. The tour kicks off from the Baltics and consists of 18 shows.

Insomnium’s Niilo Sevänen comments: "We are thrilled about this tour as we finally get to play in many of those European countries we've never visited before! Over the years we have received a lot of fan messages from places like Greece and Turkey so it's awesome to finally get over there. Our friend, the guitar wizard & grandmaster Jani Liimatainen (Cain's Offering, ex-Sonata Arctica) will be the stand-in man for this tour as Ville is not able to join us due to his busy work schedule. So it will be a very special Insomnium show each night with the guitar hero duo of Vanhala & Liimatainen delivering the goodies!"

Wolfheart’s Tuomas Saukkonen adds: “Perfect timing after the second album Shadow World release, perfect main band and a lot of countries I have never played in so far. Counting hours to get on the road with the wolfpack supporting mighty Insomnium! Cooler than cool = Ice Cold!!” 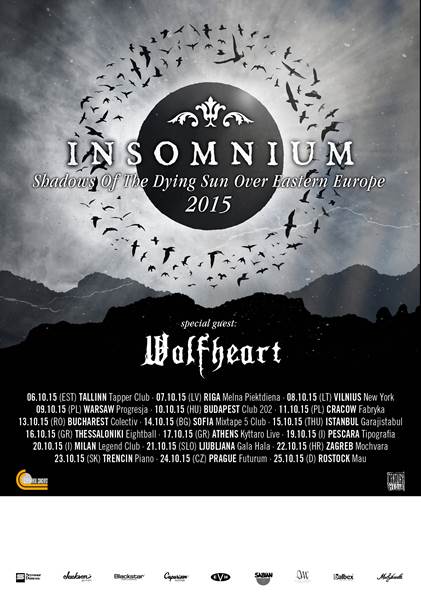 Ready to embark on their first US headlining tour this August, Insomnium have announced a split 7" with Omnium Gatherum, who will be direct support on the trek.

This release is double A-sided (meaning, each band has their own front-cover side) and contains one track from Insomnium, "Out To The Sea" (which previously appeared on the now sold-out Shadows Of The Dying Sun deluxe CD box-set edition), and one track from Omnium Gatherum, "Skyline" (which will appear on the band's new album due out February 2016).

Featuring artwork by Olli-Pekka Lappalainen (who previously created designs for both bands), this tour exclusive 7" is limited to 500 copies and available at all shows while supplies last. 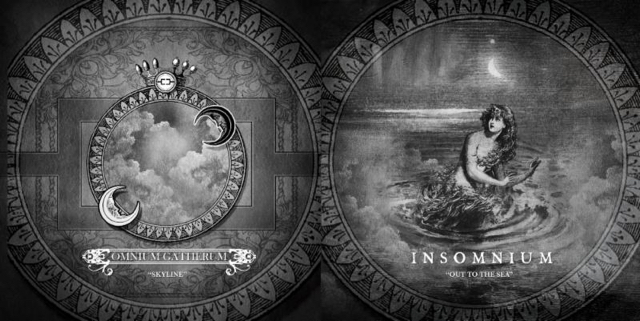 Side A
“Out To The Sea” (Insomnium)

Side A
“Skyline” (Omnium Gatherum)