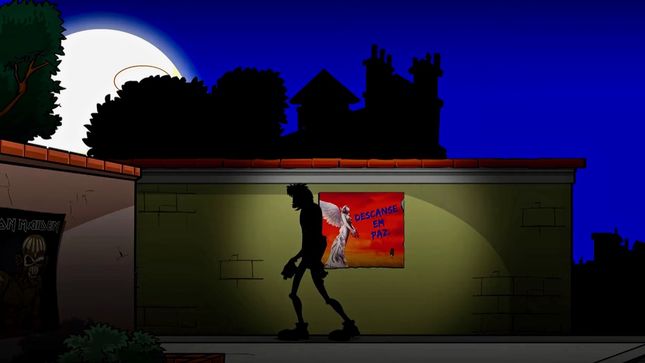 Brazil-based animator, Val Andrade, has released the new cartoon clip below, paying tribute to former Angra frontman André Matos, who passed away on June 8 at the age of 47, after suffering a heart attack.

Matos, who made a name for himself fronting Angra, supported Avantasia with Shaman on June 2 in São Paulo and later performed with Avantasia that night. Frontman Tobias Sammet has posted the following message:

Of all the bands Matos performed with, Angra is the one he is best known for, having recorded three albums and three EPs with the band between 1993 - 1998. The band issued the following message:

There are no words right now that describe the size of the void left in the hearts of those who loved him closely and far Brazil loses an irreplaceable talent of the genre heavy metal and with it dies the hope of seeing it on our stages again. May the angels receive your soul and may the goddess of fire keep the flame of her artistic legacy alight always. R.I.P. Andre Matos."