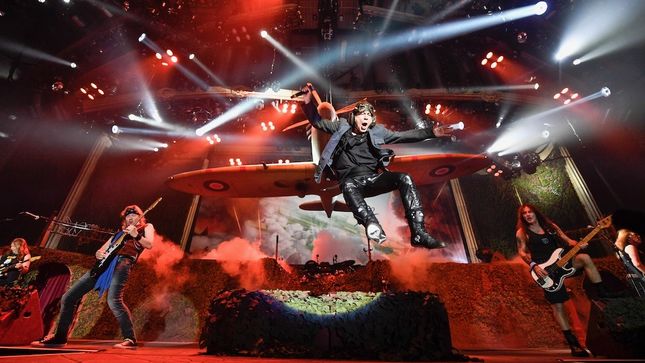 “Defendant’s Ion Maiden name is nearly identical to the Iron Maiden trademark in appearance, sound and overall commercial impression. Defendant also uses the Ion Maiden name to sell merchandise including shirts and mouse pads,” the lawsuit claims, noting that Iron Maiden has also sold computer games in the past. The holding company alleges that 3D Realms engaged in federal trademark infringement and unfair competition, among other charges, for their “virtually identical imitation” of the band’s trademark. In addition to the $2 million, the suit also demands the company stop using “confusingly similar” products and relinquish their ownership of ionmaiden.com.

"As we prepare for the 2019 tour, the Killer Krew are really looking forward to working with Eddie again...," reads a short message from Iron Maiden. Watch the video below: