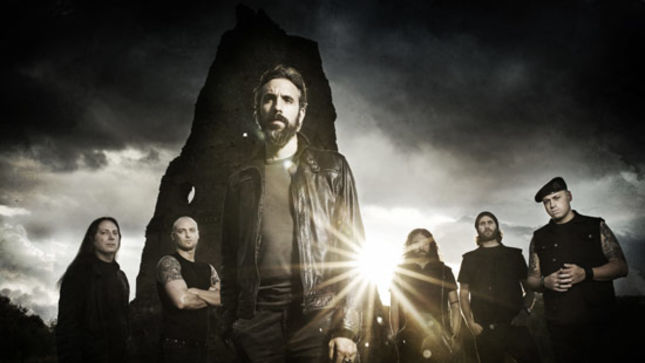 Seven Heads Ten Horns, the fourth full-length by Italian masters of melancholy The Foreshadowing, will be released on April 22nd through Cyclone Empire.

The brand new album was recorded at Outer Sound Studios (Rome) and mixed and mastered in Białystok (Poland) by Wieslawski Bros at Hertz Studio. The cover artwork was created by Seth Siro Anton (Septic Flesh), who has worked for bands like Paradise Lost, Nile, Soilwork, Heaven Shall Burn, Vader and Moonspell.

The new opus contains the typical The Foreshadowing mood as well as some new epic and eerie elements that will guide you through an abyssal journey from the past to the future of mankind. Check out the first new track, "Two Horizons”, streaming below.