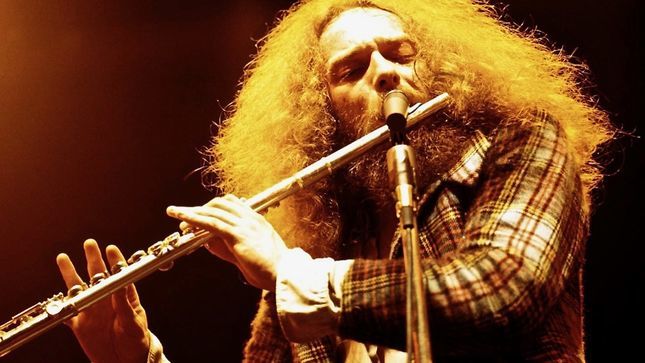 In a new sneak peek video for the upcoming episode of The Big Interview With Dan Rather, Jethro Tull's Ian Anderson reveals that he is currently battling "an incurable lung disease".

Says Ian: "I’m going to tell you something that I've never told anybody in public before... since it's you, I will choose this moment to say, I am suffering from an incurable lung disease with which I was diagnosed with a couple of years back. I do struggle. I have what are called exacerbations, periods when I get an infection that turns into severe bronchitis and I have maybe two or three weeks of... really a tough job to go out there on stage and play. Fingers crossed, I've gone 18 months now without an exacerbation, I'm on medication. If I'm kept in a reasonably pollution-free environment, in terms of air quality, I do okay. But my days are numbered. It's not yet at the point that it affects my day to day life, I can still run for the bus."

In other clip, Anderson talks about how he decided to pick up the flute & how he worked it into rock & roll. Learn more with the full interview, airing Wednesday, May 13, on AXS TV.