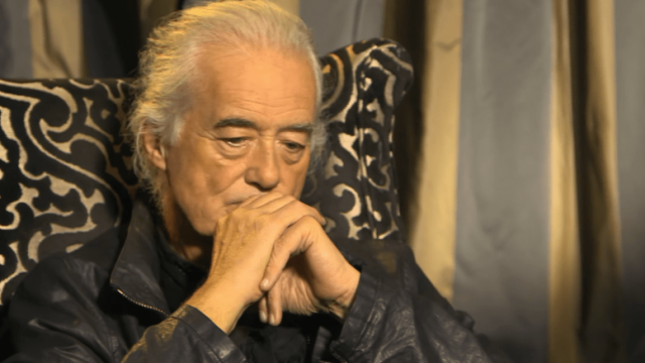 Page formally objected to plans submitted by Sir Harvey McGrath to build the low structure in the back garden of his £13million mansion in Holland Park, London.

The former Prudential chairman had already angered Page in March after he submitted plans to install four air conditioning units, and again in 2016 by winning permission for extensive renovations, including a lift.

In planning documents submitted to Royal Borough of Chelsea and Kensington Council, McGrath's planning consultants Charlotte Sanderson Garden Design, said: 'The property is owned by Sir Harvey McGrath and the proposal is to construct a Western Red Cedar trellis in a screen form on the three boundaries in the rear garden. The height of trellis on the North boundary will not exceed the existing trellis height. The height of the trellis on the West Boundary will not exceed 500mm and the height on the East Boundary will be not exceed 500mm.'

But 75-year-old Page fears that the new trellis will impact on the historical architecture of his Grade I-listed home, where he has lived for more than 46 years.