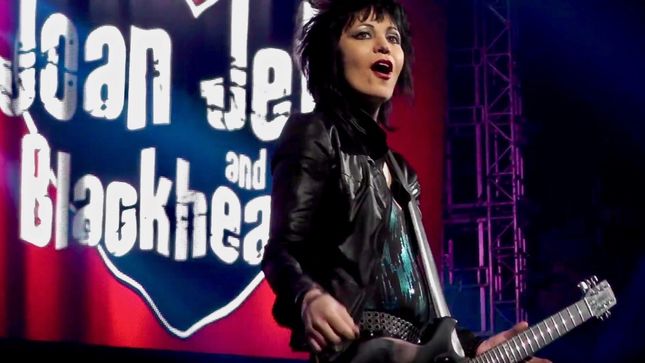 The music video for the recently released new song from Joan Jett And The Blackhearts, "Fresh Start", is available for streaming below. The song was recorded exclusively for the Bad Reputation documentary, and is included on the soundtrack for the film.

“Sometimes you need to say to yourself, ‘Am I still enjoying what I’m doing? I need to find the fire again,'” Joan Jett told Entertainment Weekly, about the song. “Part of it was just thinking about rock in general. It’s always been a young person’s game, writing about sex, love and partying. As rock and rollers get older, what do they write about? I’m not sure there’s an answer, but we’re looking for it.”

Legacy/Blackheart released the Bad Reputation soundtrack album back in September. The career-spanning soundtrack premieres the new Joan Jett And The Blackhearts track, "Fresh Start", alongside definitive live and studio performances by Joan Jett And The Blackhearts as well as tracks featuring The Runaways, Bikini Kill, members of The Sex Pistols, and more. The album includes "Androgynous", an unreleased track performed by Miley Cyrus, Laura Jane Grace, and Joan Jett.