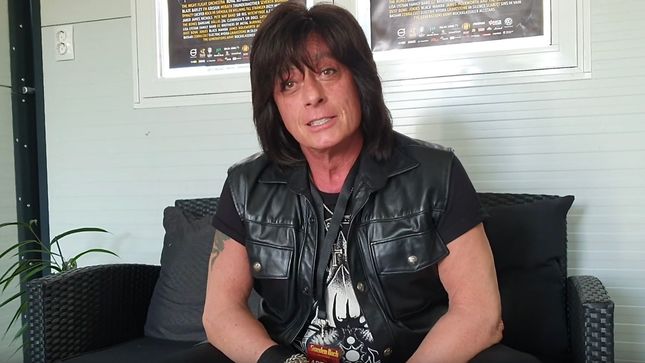 Sweden's Ginza caught up with former Rainbow/Deep Purple singer Joe Lynn Turner at last month's Sweden Rock Festival, and in the video below, Turner reveals that he's joined forces with producer and Pain/Hypocrisy mastermind, Peter Tägtgren, for an album that is expected to be released in spring 2020.

Says Joe: "I actually did a show for (Peter Tägtgren's) brother's birthday once; his brother's a big fan, Tommy, and the next thing you know, we were hooking up. He sent me a track, and I wrote lyrics and melodies, and he came back and he loved it, and we started to do a record.

"So now we're about seven tracks into the record. Our schedules are pretty tough, with touring and all, but we're getting together at the beginning of October, finish the record, shopping the record.

"I think people are gonna be extremely surprised, because it's a whole another side of me. Very heavy, it's kind of classic rock meets industrial metal... or, as I would say, it's kind of like Deep Purple meets Pain. It's a cross between. And it's the best of both worlds, and it doesn't sound like anyone."