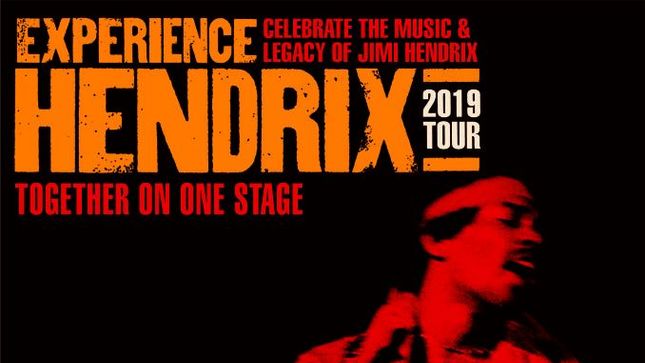 The multi-artist celebration known as the Experience Hendrix Tour is set to return this October. These special concert performances present legendary artists who join together to pay homage to Jimi Hendrix. This next edition of the Experience Hendrix Tour will encompass 18 performances this coming October playing in cities along the west coast and southwestern states.

Tickets are on sale now. Watch video invites from Joe Satriani and Billy Cox below.