JOHN 5 Talks New ROB ZOMBIE Album - "It's Heavier Than Any Of The Other Records, With More Melodies" 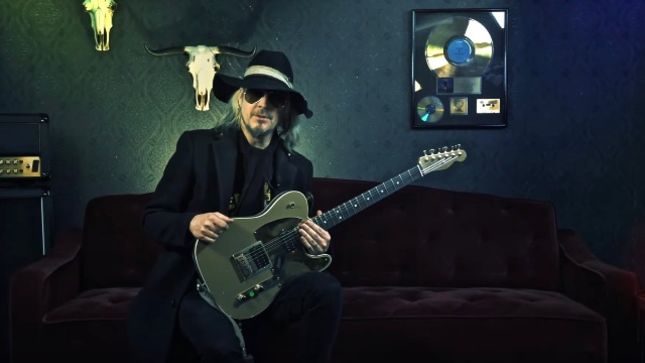 Rob Zombie guitarist John 5 recently spoke with Metal Rules about his new solo album, Invasion. He also discussed how his love for music shapes his musical path, what fans can expect on new fall tour with Jared James Nichols, shares what he knows about the new Rob Zombie album, and reveals if he will work again with Nikki Sixx. Following is an excerpt from the interview.

Robert Cavuoto: Nikki Sixx is one of your closest buddies do you have any plans to collaborate with him on a full CD?

John 5: "We worked on the soundtrack of The Dirt and on Sixx:A.M. songs. He is my best buddy, and we talk about 100 times a day. We will always work together in the future."

Robert Cavuoto: When will the new Rob Zombie CD be released, and what can we expect from it?

John 5: "I don’t have a sense of when it will come out as I would like to know myself (laughing). It’s an incredible record, and we just listened to it again in the dressing room yesterday. It’s heavier than any of the other records, with more melodies. I’m super excited for people to hear it. Then we can do a tour to support it."

The new John 5 And The Creatures album, Invasion - produced and mixed by Barry Pointer at Riot House Studio - proves to be a diverse progression of the sound that John 5 fans have grown to expect from the eclectic virtuoso.

Invasion, featuring the singles "Zoinks!", "Crank It - Living With Ghosts", "I Am John 5" and "Midnight Mass", is available to order now in both physical and digital formats here.