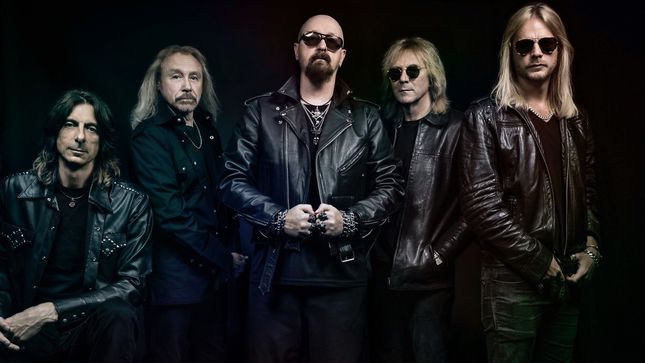 "It’s Judas Priest, who were featured on the cover of the very first issue of Metal Hammer Germany in 1984. With their brand new album Firepower arriving, we proudly present you an exclusive 7-inch vinyl of our dear companions!

"Since it will feature ‘Firepower’, the title-song of the upcoming album, and a live version of ‘Breaking The Law’ from Wacken Open Air (the song has never been released live on a 7-inch before), this vinyl record is a rare collectible that you can’t purchase at the regular trade.

"But there’s more: Metal Hammer will physically release the title track ‘Firepower’ exclusively world wide, weeks before the Judas Priest album hits stores in March! Order your copy now and get the magazine and vinyl delivered to your home on the publishing day, February 14th." 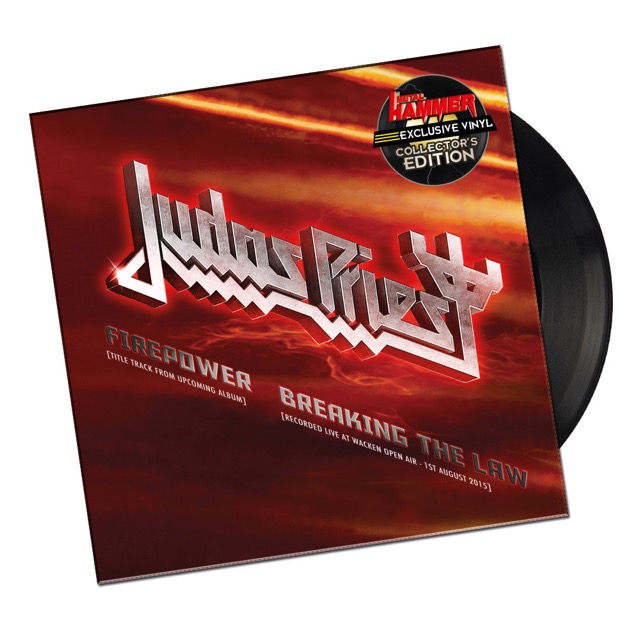 Judas Priest could easily rest on their laurels at this stage of their highly successful and influential career. However, the legendary metal band - singer Rob Halford, guitarists Glenn Tipton and Richie Faulkner, bassist Ian Hill, and drummer Scott Travis - refuse to do so as evidenced by the arrival of their eighteenth studio album overall, Firepower, which can be pre-ordered here.

Set for release on Friday, March 9th via Epic Records, the album is comprised of fourteen tracks of pure and highly inspired metal. And to mark the occasion Priest has reunited with producer Tom Allom (the man behind the board for all of the band’s releases from 1979-1988, including such stellar classics as Unleashed In The East, British Steel, Screaming For Vengeance and Defenders Of The Faith) and with Grammy Award-winning producer Andy Sneap also helping to raise the sonic bar even higher.

“Tom Allom has got this classic metal thing,” explains Halford. “And Andy is a bit more of a ‘modern metal producer’ but his thinking is a little bit different to Tom’s. And I think to get this balance between that classic old school metal to what Andy’s world is was just a remarkable coalescence.”

“Tom Allom has been with us since 1979, so his knowledge of ourselves and our music in general is immense,” adds Hill.

And according to Travis Priest returned back to a recording method that worked incredibly well on the band’s earlier classics. “We went back to the organic way of recording where it’s all of us in a room and we got to play together.”

The Judas Priest: Firepower 2018 Tour will kick off on March 13th in Pennsylvania, and wrap up on May 1st in Texas and will feature the lineup of singer Rob Halford, guitarists Glenn Tipton and Richie Faulkner, bassist Ian Hill, and drummer Scott Travis. Support comes from Saxon and Black Star Riders.

There are few heavy metal bands that have managed to scale the heights that Judas Priest have during their 40 year career - originally formed during the early '70s in Birmingham, England, Judas Priest is responsible for some of the genre's most influential and landmark albums (1980's British Steel, 1982's Screaming For Vengeance, 1990's Painkiller, etc.) and for decades have been one of the greatest live bands in the entire heavy metal genre including an iconic performance at Live Aid in 1985 - they also brought metal to the masses by their appearance on American Idol in 2011 - plus Judas Priest were one of the first metal bands to exclusively wear leather and studs - a look that began during this era and was eventually embraced by metal fans throughout the world! And in 2017, the band was nominated for induction into the Rock And Roll Hall Of Fame.