K.K. DOWNING Contacted Former JUDAS PRIEST Bandmates About 50th Anniversary Celebrations - "They Are Not Receptive To My Participation In The Band And They Do Not Intend To Include Me" 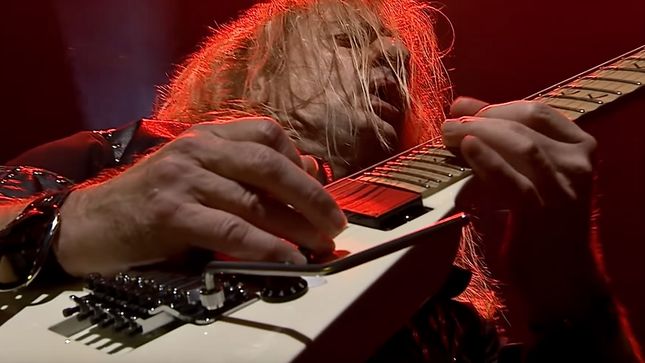 With Judas Priest set to mark their 50th anniversary in 2020, former guitarist K.K. Downing has contacted his former bandmates "to gather their thoughts" on his participation in the celebrations. He has since released the following statement:

”First of all, I want to once again express my huge appreciation to all fans worldwide for the overwhelmingly positive response to my Bloodstock appearance in August and the Wolverhampton gig in early November. I am truly humbled and grateful.

"I am also taken aback with the compelling fan outcry for me to participate in the Judas Priest 50th anniversary celebrations next year. Consequently, I felt the right thing to do was to reach out to my former band-mates to gather their thoughts on this, and their response is they are not receptive to my participation in the band and they do not intend to include me in the 50th anniversary celebrations.

"However, the great news for the fans is that I will be continuing to forge ahead, I am looking very much forward to seeing you all on the road in 2020. Together we will take on the world.”