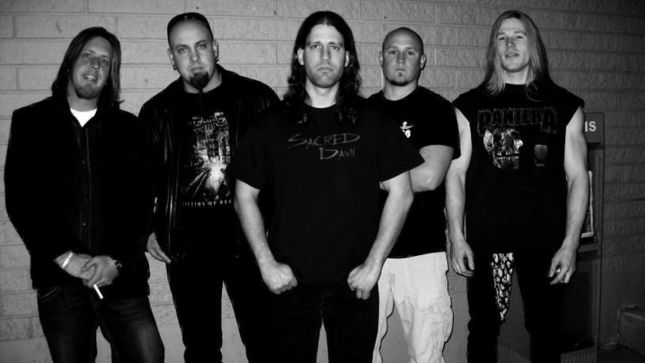 Katagory V bassist/founder Dustin Mitchell has checked in with the following update in the wake of the band#s failed crowd funding campaign for their next album:

Now that the campaign has ended, and was sadly unsuccessful, it is time to make an announcement concerning the future of Katagory V.

As much as I pains me to say this - I am officially announcing that Katagory V is no more. I have been trying to be positive for the past three years in hopes that the band would regroup, release the fifth album and continue on in some capacity, but as of today, it appears very unlikely that it will ever happen. It is financially impossible and economical to do so and still compete on a any level along side our peers. This indiegogo campaign was a true test to see if Katagory V was still relevant, if our fanbase was large enough and dedicated enough to rally support and funding, if people still wanted to hear our music, and if we could survive the wild west of the digital age. This did not happen - We and over estimated our popularity and relevance in the heavy metal music scene. Because of this, there is no purpose for Katagory V to continue.

Throw in a recession a few years ago, causing some band members to become jobless or financially strapped, going through divorces, having heath issues and expenses, losing places to rehearse/write/record, record labels being passive and flaky with communication and commitments, or just flat out showing general disinterested in working with us, and the music industry itself as a whole becoming a huge question mark and extremely unreliable; When you take ALL OF THAT into consideration, coupled with our failed indiegogo campaign, the end result made our 'Middle-to-Lower-class' band obsolete and unable to survive in the new musical climate of free-culturists, Tech-utopians, and those who feel that there is a money tree outside that supplies us with an endless supply of capitol to harvest from, so we can continue to create our art and exploit it ourselves. It is virtually impossible to do so when you have financial and moral responsibilities OUTSIDE of your music. Sorry for the small diatribe, but this is really what it all boils down to at the end of the day. This is the reality of being a musician today… and this is the future of music.

Concerning the unreleased fifth album, Resurrect The Insurgence, which was indeed completed and ready to be release for almost four years now; it is now in limbo. We are currently discussing a digital-only release, but because the band is done, it almost seems anti-climatic to do so - as if it is a participation trophy for ourselves and the true Katagory V fans who really wanted us to continue on. This is not what we wanted to see happen, however, we are considering the possibility and discussing the option.

We came so close… yet so far. It is my opinion that this album would have been what finally set Katagory V apart from many other metal bands in our genre, as well as raising the bar for ourselves as musicians and songwriters; Not speaking for other members of the band, I honestly feel that everyone involved with the new album, including the three newest band members, Albert, Kris and Bizzaro, as well as the outside talents of Dennis (Ward), who all put in 110%, created a final product that far exceeded my own high expectations and rivaled anything we have ever released in the past. It could have been the album to finally gain Katagory V the due respect for our creative output, which is something we've always wanted since the beginning, but alas, we will probably never know if that would have been the case or not…

It is unfortunate that Katagory V never really reached a point in it's career where the band was able to create a large respectable following, or foothold in the scene, one that would allow us to be self-sustaining financially in this current musical climate, and permit the band to grow and progress creatively. At best, Katagory V had garnered a small, loyal cult following of fantastic and loving fans and friends scattered across the globe, all of whom we truly love and appreciate for their dedication and support over the years. We would have not even made it this far, or lasted this long, had it not been for their continued interest in our music. A huge thanks goes to them for even making Katagory V possible! Cheers to you!!!

The amps are being turned off, mics and cables are being boxed up, and the lights in the room are turned off. Thanks to everyone for the memorable ride and 15 years of rebellion!"