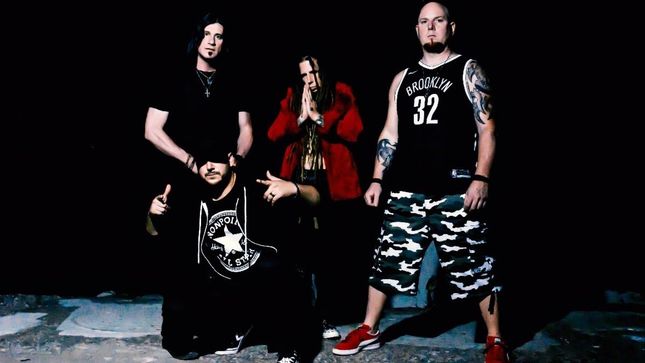 "I think the song is pretty self-explanatory, as far as the message," says vocalist Luca. "It's about getting closure. I believe everyone has had some type of situation in their life where they've needed closure. The track is about finally getting it and being able to move on in a positive direction."

Kerry Porter of Frontman Video Productions was enlisted to visualize the song's dark vibe. The director expertly conveys the feelings and emotions that an individual goes through to break free from a bad situation, overcome and finally get closure.

The "Closure" single can be purchased and streamed here.

Since their breakout performance at last year's Rocklahoma festival, Killset has been hard at work in the studio, meticulously creating and recording Killin' Spree. The album will feature a track, "Burn", co-produced by and featuring Elias Soriano of Nonpoint, as well as other surprise guest musicians.

"It was cool creating with the guys," says Elias Soriano. "I really think we accomplished something special with this song."