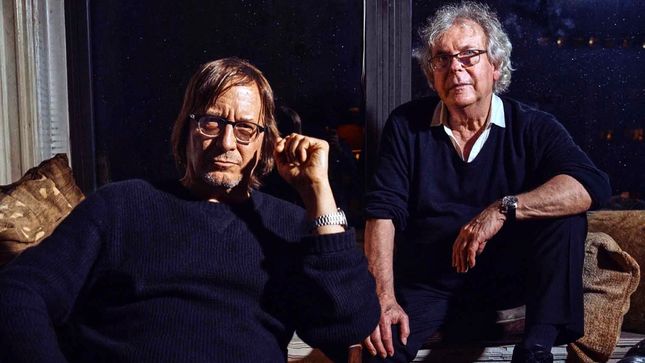 With the classic rock world poised this fall to commemorate the 50th anniversary of the seminal King Crimson debut, In The Court Of The Crimson King, a dominant creative personality on that genre-defining album is simultaneously celebrating the most recent benchmark in his distinguished career with the release of his newly collectible vinyl recording.

The collector’s vinyl edition is available now for pre-order ($39.95) at the official Honey West website. Every copy will be autographed by Ian McDonald and Ted Zurkowski. Additionally, every collector’s package will include a Bad Old World CD, also autographed by Ian and Ted, plus excerpts from Ian’s original production notebook - in his handwriting - as well as bonus production and liner notes.

Bad Old World was created with many of the production skills and techniques McDonald originally honed in the making of In The Court Of The Crimson King.

“This is how Bad Old World was meant to be heard,” says McDonald. “On high quality vinyl.”

As a British rock titan who, between King Crimson and Foreigner, has figured prominently on four of the biggest-selling albums of the 10-year period from 1969 through 1979, encompassing two completely different rock genres, McDonald proudly maintains Bad Old World is “some of the best work I’ve ever done.” Indeed, noted Billboard, “It merits some attention when Ian McDonald gets excited about something.”