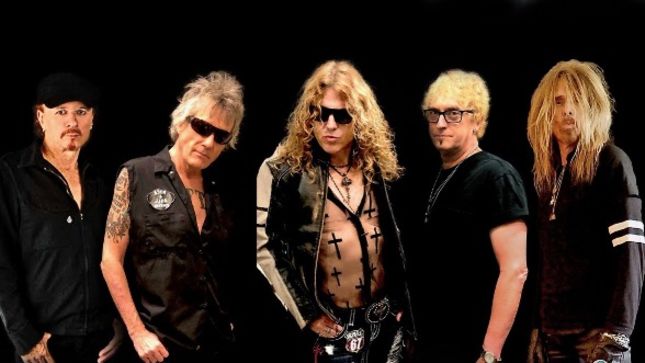 Kingdom Come was formed in 1987 and quickly signed to Polydor Records. The band released their first single "Get It On" which held a stranglehold on rock radio in early 1988, prompting their self-titled debut album to ship gold.

The quintet, comprised of guitarists Danny Stag and Rick Steier, bassist Johnny B. Frank, drummer James Kottak, and singer Lenny Wolf, took to the road immediately as part of the North American Monsters Of Rock tour alongside Van Halen, Scorpions, Metallica, and Dokken. In addition to touring and extensive radio airplay, they also became MTV favourites with such videos as "Get It On" and "What Love Can Be", helping the band to sell over two million debut albums worldwide.

2018 marked the 30th anniversary of the release of that classic album prompting drummer James Kottak to revive Kingdom Come. Along with original members Danny Stag, Rick Steier, Johnny B. Frank, a tour to commemorate the success of the band and album is born. Original singer Lenny Wolf declined to participate in the tour, but wishes the rest of the guys all the success and best in the world! Keith St. John (formerly of Montrose & Lynch Mob) will be stepping up to fill that large void, “but is definitely up to the job” according to the band members.

Speaking with Rock Music Star's Glam Metal, St. John revealed the band has new songs written but are unable to release any new material just yet.

St. John: "There is uncertainty with what the legalities are with this lineup right now and everything being where it is, without signing any new contracts or agreements with us releasing something under the name Kingdom Come. Of course, we can call the band something else and release anything we want as a band, but I believe we're still in negotiations with Lenny Wolf to sign off on releasing another Kingdom Come record. And I'm not sure exactly where that's at right now, because we haven't really been talking about it since the COVID thing started. So, the short answer is we have songs, and we wanna put 'em out, and when it's legally the right time to do it, we will."

Visit the band’s website for information on VIP Meet and Greets.