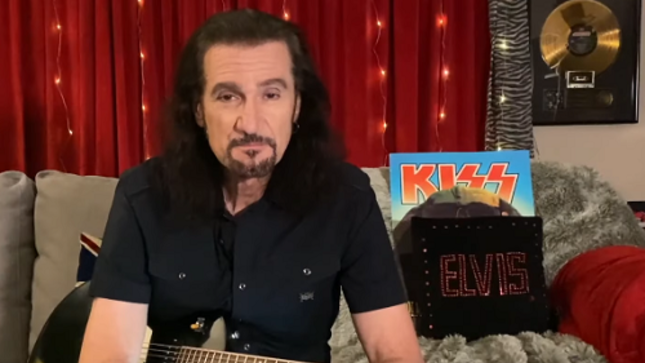 "November 9th, 1990 was the last date of the Hot In The Shade Tour for KISS," says guitarist Bruce Kulick. "It was sadly (drummer) Eric Carr's last live show with the band. Here's an in-depth recap of the long tour, which featured a fantastic set list, with an over the top KISS show featuring lasers, and 'Leon the Sphinx'. Looking back, it is something I'm very proud of."