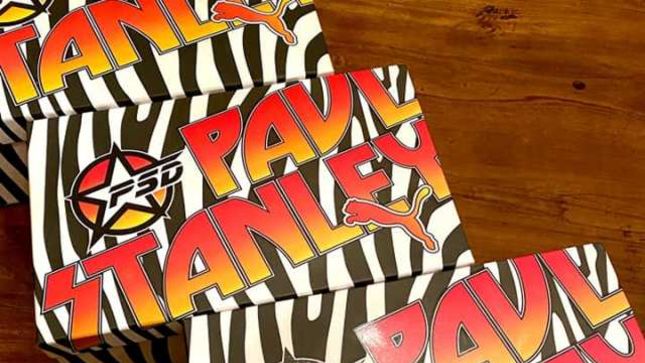 Back in 2018, KISS vocalist / guitarist Paul Stanley teamed up with Puma for the Suede 50 celebration, and in doing so, designed two signature styles of sneakers. According to the latesr Puma launch calendar, three new signature Paul Stanley sneakers will hit the US market. Go to this location for details. 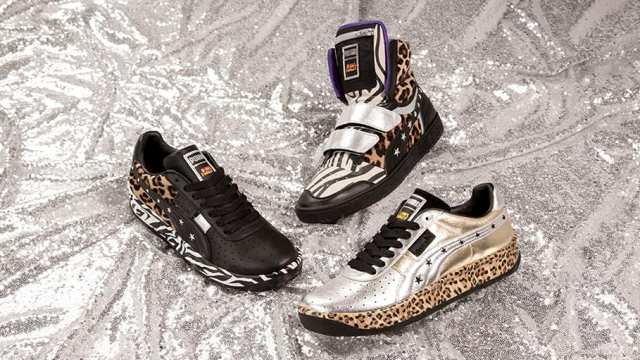 Ian Stonebrook of NiceKicks.com spoke to Stanley in 2018 about his Puma endeavour; an excerpt follows:

NiceKicks:  When Puma approached you about this collaboration, how did it first come about?

Paul Stanley:  "It’s really funny, it comes down to the chicken or the egg. In this case, I contacted Puma. I said, ‘Hey, I’ve spent fifty years almost now, designing stages, album covers, clothes and shoes so I think I’ve got a pretty good idea of what we could do.’

I wanted to create a shoe that really had an identity that would help to define somebody’s style. I’m not big on fashion, I’m big on style. You either become a follower of fashion or you seek out your own style. People with style ultimately become fashion icons. I wanted a shoe that you could wear with jeans and a suit. I wanted it to be multi-purpose that could fit all different functions. I think the Puma Suede is timeless and I just wanted to give my take on it. For the few weeks I’ve been wearing them around and the response has been positive in regards to both males and females saying they’re awesome. That’s awesome because I didn’t want a gender-specific shoe, I wanted something that conveyed an attitude."

NiceKicks:  Looking back at the KISS legacy, what led you to do more than just make the music but also craft the aesthetic of the band?

Paul Stanley: "I’ve always tried to go by a philosophy that if you please yourself you’ll please someone else. I know that I can’t please everyone, but if I liked something odds are a good amount of people would also like it. I designed stages that I would love to see bands playing on. Not surprisingly, there’s KISS DNA in lots of sets now. It’s all based on the concept of dazzling people and giving them bang for their buck."

Nice Kicks: How does that mindset translate to your collab with Puma and vice-versa?

Paul Stanley:  "You know, I see a lot of designers doing high-end sports footwear and if you gotta spend $900 to get a pair of shoes I’d rather see you save your money for something else. That’s another thing that attracted me to Puma is that you could have style and fashion without having to mortgage your house.

With things like stagewear, at some point, I realized I had a better handle on it than some people who designed clothes for us. Some people who brought sketches in for us looked like they belonged on the backs of Vegas Showgirls. Album covers have been the same way. Just, in general, I think I understand the aesthetics of style because I’m a painter, an artist. I always picked up on the rock n’ roll acts that had great swagger. I’ve always aspired to look like an individual without looking like an idiot." [Laughs]