KISS Guitarist TOMMY THAYER On The Band's Wide Demographic - "It's A Strange Phenomenon, But It Blows Me Away" 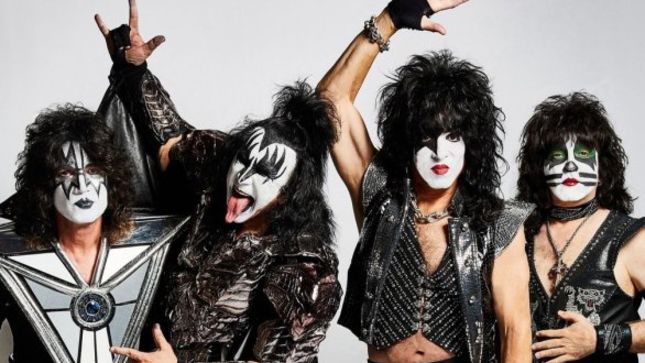 KISS guitarist Tommy Thayer recently spoke with Australia's Heavy about the band's current End Of The Road farewell tour, including the planning of the show, the setlist, and their wide demographic. He also looks back on his first official show with KISS, which was the KISS Symphony show in Melbourne, Australia with the Melbourne Symphony Orchestra in 2002.

KISS' End Of The Road tour landed in Indianapolis on Saturday, August 31. The band have released new footage from the show. Watch "Black Diamond" below:

KISS' next show is November 16 in Perth, Australia. To view their complete tour schedule, visit this location.